In todays case study we’ll be taking a look at how Digitool is helping a family run carpet cleaner book so much work in, they’re now scheduling jobs nearly 60 days in advance.

Supreme Carpet Cleaners are based in Poole, Dorset. Since establishing their business back in the 90’s, husband and wife founders Martyn and Elaine had grown the business through traditional marketing and word of mouth recommendations.

It was a cold Monday morning in January when Martyn realised the diary was looking lighter than normal. His phone wasn’t ringing as often as he would have liked and job bookings were down. Online ads seemed like the obvious next step in Supremes story. However, at the time digital marketing was something that he knew very little about.

Martyn contacted Digitool because he’d been told we had reputation for delivering A+ results for other carpet cleaners. He explained what he wanted consistent carpet and upholstery cleaning leads the he could convert into customers. Ideally the idea was to be busy five days a week with the diary always filled up 2 weeks in advance. ‘No problem’ I said ‘give me a week and I’ll get you set-up’.

One week later I had built out two lead generation campaigns along with two high converting landing pages. One would target his local town of Poole, the other, his nearest big city – Bournemouth.

Because I personally manage lead generation for over sixty different UK carpet cleaning companies I already had a blueprint of exactly how to target the perfect customers that Supreme would want. I have a list of keywords proven to target the high converting searches and ad copy that produces the best engagement.

Also, I have a list of over 8000 negative keywords and highly accurate targeting that blocks out a large majority of the money wasting bad clicks before they ever happen.

In 8 months Digitool has sent Supreme over 331 leads. Ad spend has totalled £2657 which means leads are only costing £8.49 each. Thats way lower than the industry standard which is £10 – £20 depending on the area.

Supreme have converted the leads we sent them into paying customers. Their scheduled jobs include carpet cleaning; sofa cleaning; end of tenancy cleans; and onsite rug cleans. As we speak their diary is booked up nearly 60 days in advance.

We love working with the Supreme guys and we think they love working with us too. Here’s what Martyn said in a Google Review – ‘Was very sceptical when I first contacted them but the personal service & obviously the results have been great. Better than I expected & increasing by the month. Seriously, you have nothing to lose’ 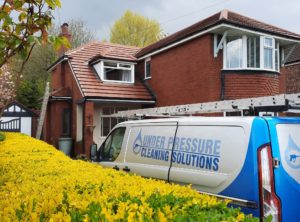 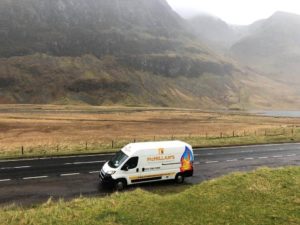 8% increase in quotes accepted from just a few simple emails!

Join over 1,000 business owners just like you…which are sharing how they win new customers. Click here to join

Steaming Sam is a professional cleaning and maintenance company based in Solihull, West Midlands. Their main services include carpet, upholstery…
Case Study

Steaming Sam is a professional cleaning and maintenance business based in Birmingham in the UK. They offer a wide range…
Menu